The mobile phones have become so common that nearly every person possesses a mobile phone. The ultimate end which mobile phones serve for most people is communication, that is to say, people use mobile phones primarily because they would be able to communicate with others. You might feel awkward at first when you are told that there are people who possess mobile phones, and when it comes to the matter of communicating with other – like making or receiving a call – they feel dreaded instead of feeling excited.

Feeling dread of incoming calls, in this case, isn’t limited only to those persons whom you hate, but all persons in general. It’s not simply like people who feel anxiety, feel hatred towards all persons or communication in general; rather they hate to communicate on the mobile phone. The persons with phone anxiety might converse pretty well while sitting beside someone else, but they might not be able to communicate the same things on the mobile with the same person.

Whenever someone calls him – no matter who he is – the person with phone anxiety will let the phone ring. That’s where his dread starts; he keeps on thinking whether he should answer the phone or not. And in the meanwhile, when he kept on thinking in panic, the phone will eventually stop ringing and the person will feel a little relief.

This is not just the end of it. The person might feel constant anxiety on the idea that the caller might call again and again, and such situation will be very hard for him to cope with. Even if the caller stops calling, the person with phone anxiety might also feel anxiety and dread on the idea that he will have to call the person back who just called him, in case both are good friends.

As the person with the phone anxiety didn’t receive the call, he, must at some point, will have to call back again because otherwise if he meets the person who was calling him, he might feel severe criticism. At this point, he will procrastinate as much as he can. He can wait hours before calling back again.

It’s not even sure that he will call back again; if his anxiety prevails, he will never call the person and will satisfy himself with the thought as if nothing happened.

As the person with the phone anxiety didn’t pick up the phone and never called back, he is certainly going to face some criticism when he meets the person who called him. Being ashamed of what he did, he will never be able to defend himself and will make same excuses again and again. The excuses might be “My phone was at charging” or “I didn’t have my mobile phone with me” or “I was out and forgot to bring my mobile with me”. 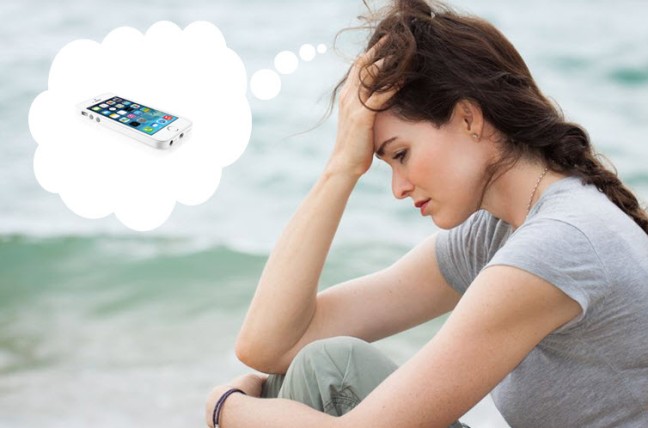 The listener always knows the person is lying, especially if it has happened before, that is to say, if the anxiety person did it many times in the past – like he never received any phone calls and then always made the same excuses.

It is a kind of self-justification which these anxiety people achieve by putting their mobiles on silent. This method doesn’t only provide them satisfaction, but it also saves them from being noticed by other persons around them. It is obvious that when your mobile phone isn’t on silent and you are having a call, people around you will notice. If you keep on ignoring the calls, people will certainly think that you are a reckless person. Thus putting their mobile on silent also saves anxiety people from being noticed.

Persons who have phone anxiety are more likely to have longer missed call lists, and shorter received calls list. It is not because they remain busy and are unable to find sufficient time to attend calls, but they choose to do so. If they are sitting idle, they wouldn’t venture to receive any call.

If you look at the received calls list of phone anxiety people, it will almost be non-existent. The missed calls list, on the other hand, will be longer than usual. As the notifications always keep on reminding such people that you have had so many missed calls, they keep on erasing the missed calls list because they want to escape from remorse.

If you are a phone anxiety person, you will be the focus of attention in a gathering of your friends and they will continuously keep on commenting about you like how you don’t pick up calls. Your friends will keep on discussing your inability to answer phone calls, and they will continuously keep on mocking you. The best solution you will find in this situation will be to apologize.

You will apologize to your friends for knowing in your heart that you did it on purpose. You will even make promises that you will never do it again, but you certainly will. In fact, being reprimanded by your friends for not answering the calls is much easier for you than answering a call and communicating for few minutes. 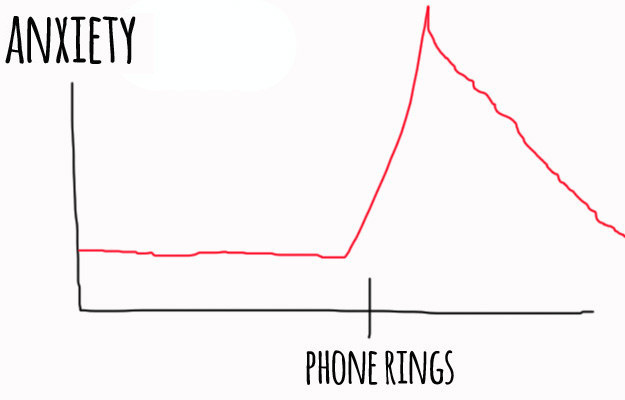 Screening the numbers whose calls you don’t want to receive is handy for persons who have phone anxiety. Such anxiety people do not put a number on screening because they don’t want to answer it but because they want to remind themselves by doing this act that they will have to send text messages to these persons later.

For anxiety people, texting is far more convenient and easy than making calls. When these people miss so many calls, even then they don’t bother to call back; rather they send a simple text message in order to avoid talking at all.

This article is written by Lisa Myers, who works at Rebateszone. She is a software engineer by profession.